Fancy a killer deal on an Xbox Live Gold subscription? We've got you covered. Microsoft charges $10 per month or $25 per quarter – but why pay that when you can find it cheaper elsewhere?

To get you the lowest price on an Xbox Live Gold 3-month, 6-month or 12-month subscription, we've shopped around for the biggest deals and discounts. We've also spotted some sweet deals on Xbox Game Pass Ultimate, which includes Xbox Live Gold and 100+ games.

Read on and we'll explain the benefits of Xbox Live Gold and reveal where to find the biggest discounts and cheapest deals in the US. And thanks to Amazon Prime Day (as well as Black Friday and Cyber Monday both incoming), let the price-busting commence!

If you want to get stuck into free-to-play Xbox multiplayer games such as Fortnite, Destiny 2 and Call of Duty Warzone, you'll need an Xbox Live Gold subscription.

Xbox Live Gold also gets you up to four free games each month (two for Xbox One; two for Xbox 360). The 360 games are backward compatible, so you can play them on an Xbox One. Over the course of a year, Microsoft reckons members get up to $700 in free games. Pretty tempting, right?

And the benefits don't end there. Xbox Live Gold members get up to 75% off games in the Xbox Store and are always first in line to download new games on the day they hit stores. Best of all, you won't even need to leave the couch.

The other major perk is that your digital games are stored in the cloud, so you can download them to your hard drive, or log into your account to a buddy's Xbox and download your games there.

In other words, an Xbox Live Gold subscription is essential if you want to squeeze maximum enjoyment out of your Xbox One or 360, so it's well worth having at your disposal. Especially at these prices.

If you don't want to commit, Microsoft will sell you a 1-month Xbox Live Gold subscription for $9.99. The membership renews at that monthly price unless you cancel it. That's a hefty $120 annually.

The best-value way to get Xbox Live Gold directly from Microsoft is to pay quarterly. The company charges $24.99 for a 3-month membership. That gets the cost down to under $100 per year.

The good news is that you can save even more with a 6- or 12-month membership. Microsoft no longer sells them direct to US gamers, though. That's sparked rumours that the company could be planning to switch things up when the Xbox Series X launches, or perhaps upgrade all Xbox Live Gold members to Game Pass Ultimate. In the meantime, Xbox Live Gold is not going anywhere and now would be great time to get on board.

We've shopped around to beat Microsoft's subscription prices. Check out this month's best Xbox Live Gold deals and discounts below..

© Provided by What Hi-Fi?Click over to online retailer CDKeys and you can secure a 12-month Xbox Live Gold membership for the discounted price of under $60. That's a huge saving of $40 off Microsoft's quarterly subscription.

© Provided by What Hi-Fi?Fancy a 6-month subscription? You can pay just thirty bucks for it at Amazon.com, saving you $20 off Microsoft's regular quarterly subscription, or $30 off a monthly subscription.

© Provided by What Hi-Fi?

Get Xbox Game Pass Ultimate for only $1

Want to level up your online gaming? You'll want to consider the Xbox Game Pass Ultimate. It gets you all the benefits of Xbox Live Gold membership plus access to over 100 awesome games, which can be played on Xbox, PC and – when Microsoft xCloud officially launches – Android mobile devices.

That's one heck of a deal. But here's the best bit: gamers can turn their Xbox Live Gold membership into Game Pass Ultimate membership for just $1 for the first month. And no, that's not a typo – it's only a dollar. That's a massive 93% saving!

After that, it'll auto-renew at the regular price of $14.99 per month but it can be cancelled at any time – there's no contract to worry about.

You save even more money if you're prepared to dive straight into a 3-month Game Pass Ultimate subscription. Here's this month's hottest deals.. Software company.

Find out where to pre-order: Xbox Series X price and pre-order news

Slip on one of the best gaming headsets

It's shaping up to be an even busier fall then usual, with both Amazon Prime Day 2020 and the launch of the Xbox Series X and S happening within a month of each other. Of course, we won't see any deals on the next-gen consoles--we doubt they'll even be available to purchase--but there are still a lot of games and accessories that will work with the new consoles, and Prime Day is the perfect time to stock up before your Xbox Series X or S arrives. 2020 has been full of awesome deals on all things Xbox, and we expect Prime Day to be no different.

Amazon Prime Day lasts 48 hours and kicks off on Tuesday, October 13, at midnight PT / 3 AM ET. Amazon has already set some early Prime Day deals live, which consist of 4K TVs, smart home devices, and other tech gadgets. Unfortunately, you won't see any video game or accessory deals until the big sale starts, but once it does, we expect there will be a lot to choose from.

We'll update this article with the best Xbox Prime Day deals as they become available, though it's important to note that Prime Day normally features a large number of lightning deals that are only available for an extremely limited time. You'll want to check in with us often during the event to get the skinny on the best Prime Day offers.

While Prime Day is an Amazon-focused event, other retailers like Walmart and Target have announced their own anti-Prime Day sales, so you'll likely see some Xbox deals from them as well. And of course, if you're looking to save some money on gifts this holiday, don't forget to check out our Xbox gift guide.

Unfortunately, we don't expect the Xbox Series X or S to make any kind of appearance during Prime Day 2020. These consoles launch November 10, and preorders are currently sold out everywhere, with no indication from Microsoft that we'll see more in the immediate future.

As for the current consoles, you may see some deals on the Xbox One in both X and S variants. The Xbox One X was discontinued earlier this year, but third-party sellers may still discount the console to free up inventory. While we can't recommend picking up an Xbox One at this time--I'd suggest waiting until you can secure a Series X or S--all of this year's biggest games are compatible, so if you need a cheap console to play games like Watch Dogs: Legion and Cyberpunk 2077, then you may find some good discounts. 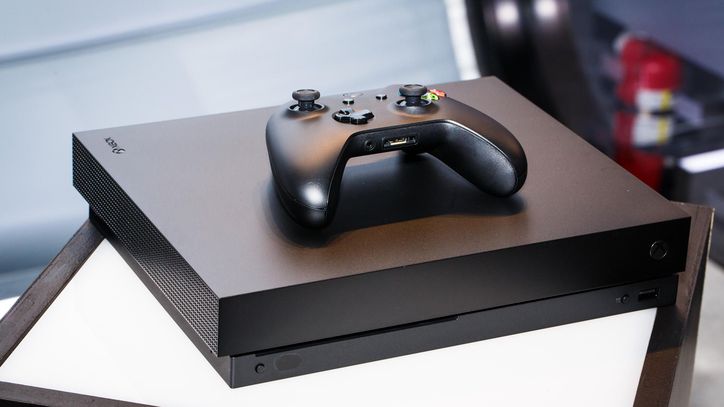 All of this year's biggest games are playable on both Xbox One and the next-gen Xbox Series X and S consoles, which makes buying games extremely easy for anyone planning to play on an Xbox this holiday. We expect there to be quite a number of titles discounted, including Doom Eternal, Marvel's Avengers, and Resident Evil 3. New releases like Crash Bandicoot 4 and Star Wars Squadrons could also see discounts, though due to their relative newness, it's unlikely we'll see anything as big as some of the aforementioned titles.

Because Prime Day was delayed this year, a lot of Xbox's biggest games release after the sale ends. You'll still see plenty of deals on games, though those deals may not be as plentiful as what you'd see for PlayStation and the Nintendo Switch.

Where Xbox lacks in new games to discount, it makes up for in accessories. Thanks to the Xbox Series X and S's backwards compatibility, everything that you buy or own for the Xbox One will work with the new console. It's unclear exactly which gaming headsets, controllers, and other accessories will get discounts, but we do have a few ideas of what could be featured. Different versions of the Xbox One wireless controller will likely see a lot of discounts, as Microsoft has announced a new wireless controller for the Series X and S. If you want to pick up some extra controllers for the Series X and S, this is a great opportunity to do so.

Additionally, we could see a deal on the Xbox One Elite Series 2 controller, Microsoft's premium wireless controller that features remappable back paddles, adjustable analog-stick tension, and more options that make it one of the best Xbox Series X controllers.

Microsoft has been pushing Game Pass hard over the past couple of years, and we can always count on the company to offer Game Pass Ultimate--which bundles Game Pass for console and PC with Xbox Live Gold and more--at reduced prices. Last year, we saw some great deals on Xbox Game Pass Ultimate, including a discount that brought a six-month subscription down to $40--that's $50 off. We'll have to wait and see what exactly happens during Prime Day 2020, but it's safe to say we'll see some sort of deal involving Game Pass Ultimate.