Build a trebuchet and stick a notepad with what you want to talk to them about on the rocks, then fling it at them. Hey there, one of the dev team for AW here. Currently there are not many friendly NPC Nations or Tribes, but they will be added in the next major update. Mar 12, 2021 A relatively small mod that spawns in structures where you can fight bosses from earlier versions of Thaumcraft. Crimson Warfare 1.5 Feb 11, 2020. A quick and to the point tutorial on how to get started by crafting an engineering table, research book, and research table and learning how to use them to c. In Ancient Sumeria wars would be small scale conflicts between nearby city-states. Cities would be besieged with battering rams and sappers. While the cities had towers, walls, and moats. In pitched battles spear-armed soldiers would form into close formations similar to the phalanx. Ancient armies also had chariots and light infantry.

In Ancient Sumeriawars would be small scale conflicts between nearby city-states. Cities would be besieged with battering rams and sappers. While the cities had towers, walls, and moats. In pitched battles spear-armed soldiers would form into close formations similar to the phalanx. Ancient armies also had chariots and light infantry. Soldiers would be equipped with maces, sickle-swords, spears, slingshots, clubs, knives, swords, shields, and axes.[1] Most soldiers used daggers, axes, and spears. Soldiers had bronzearmor. Wars would be fought between rival city-states either due to the rivalries or other causes. Such as for resources or for wealth and prestige. Military victories would be glorified in Mesopotamian art.

It is known that during the Early Dynastic Period there was an increasing amount of wars between rival Sumerian city-states. These wars were very small scale. The cities of Umma and Lagash, who fought many wars against each other are only 25 miles apart. The war that took place over the longest distance was a war between Kish and Elam. The distance between Kish and Elam was 160 miles. Most battles took place only a few days march from the city-states each army belonged to.[2] Modern Historians know very little about the tactics of Sumerian armies because records glorify victories, but rarely talk about how the battle was fought.[3] Sumerian soldiers would besiege cities using battering rams and sappers while the defenders used towers.[4] Although the walls of some ancient Sumerian cities may have not served as defensive fortifications. Their main purpose may have been protecting cities from wild animals and floods. As well as demonstrating the power and wealth of a settlement. Eventually these cities would start to use walls as defensive formations.[5] In the 13th century BCE moats become popular defensive fortifications.[4]Add mendeley to word mac. Once a city was captured its walls were destroyed in order to humiliate the city. The city was also looted and some or all of its inhabitants would be captured and often enslaved. The victor would dedicate the spoils of war to the patron deity of their city.[4]

A prisoner of war from Umma

Many city-states waged war with rival city states. For example, Umma and Lagash waged several wars against each other. The cities of Ur, Uruk, and Kish were all rivals. Records show that some wars started for resources and trade routes.[3] Trade routes important because resources such as stone and wood were needed to construct cities. This led to Elamites and Gutians raiding these vital supply routes.[6] One king named Meskiaggasher fought wars in the Zagros Mountains for timber, metal, and stone. Sumerian myths of kings fighting wars against the mythical kingdom of Aratta most likely represent real campaigns in Iran for Lapis Lazuli and tin.[2] Some wars may have started when one city tried to assert dominance over another. One example is when king Agga of Kish attempted to get Gilgamesh, king of Uruk to submit to Kish. In response, Gilgamesh went to war with Kish. Many cities states formed military alliances to defend against raiding and invasion. Victory in war brought prestige and wealth to the king of the victorious city.[1] Over time the populations of cities grew, while the populations of villages shrank. It is possible the reason why is because inhabitants of villages migrated to the cities, possibly because the cities provided greater protection. Implying that there was increasing warfare in Sumeria.

During the Uruk Period of Sumerian historycity-states that had kings capable for forming armies began forming. The increasing specialization of jobs in Sumeria also created new military professions. The armies of Sumeria could have thousands of soldiers, some city states could field armies five thousand or six thousand men strong.[7] These large armies would consist of many military units. One military unit known as the Nu-Banda contained 60-100 men. Larger units would be made by combining the smaller units.[6] Other known units include the Shub-Lugal. The Shub-Lugal would serve as household troops. They made up the majority of Sargon's army. Some soldiers were called Niksum. These soldiers were given plots of land. Skirmishers were called Nim which meant 'flies.' Sargon of Akkad gave his generals the title of Sagi-mah or Chief Cup bearer. Units with spears would be organized into close order formations. To support the main army there would be light infantry equipped with javelins and bows. The armies also consisted of chariots and soldiers.[3] The chariots had four small wagon like wheels and sides that rise to chest height. Each chariot has a crew of two soldiers. One of these is the driver, while the other is a soldier. The chariots could have been pulled by donkeys, mules, or crossbreeds. Horses would not be used and may have been too expensive to risk in combat.[6]

In Sumeria soldiers were well trained and equipped. Archaeological studies show that the Sumerians used war-carts and iron and bronze weapons.[8] Such weapons were maces, sickle swords, spears, slings, javelins, clubs, knives, swords, shields, and axes. However, most soldiers used axes, daggers, and spears.[1] Armor included copper and bronzehelmets, as well as bronze armor and cloaks studded in metal discs. By 2100 BCE, bronze scale armor had developed. Depictions of light infantrymen show them without armor, only wearing skirts often adorned in feathers. Sumerian soldiers used basic bows before the Akkadian Empire, as Sargon's empire spread the composite bow throughout Mesopotamia. It is likely the bow was given to the Akkadians by nomadic peoples. The bow was a very important part of Mesopotamian battlefields, and many soldiers used bows.[3][6]

The Royal Standard of Ur

Depictions of warfare are a common theme in Mesopotamian art. Oftentimes the art would celebrate and glorify a military victory. Usually it would be commissioned by the victor themselves. Some notable examples of this are the Royal Standard of Ur and the Steele of the Vultures. The Royal Standard of Ur depicts chariots and soldiers led by the king of Ur marching over the corpses of their enemy. While cloaked soldiers drag prisoners of war behind them. The Steele of Vultures depicts the King of Lagash winning a battle over the King of Umma. On the steele is a depiction of soldiers with high spears and interlocking spears marching. Other fragments of the steele show vultures clutching the severed heads of the soldiers from Umma. The steele also shows the soldiers from Umma falling in heaps in front of the soldiers from Lagash.[9]Epigraphy and archaeological records show other depictions of warfare.[6] 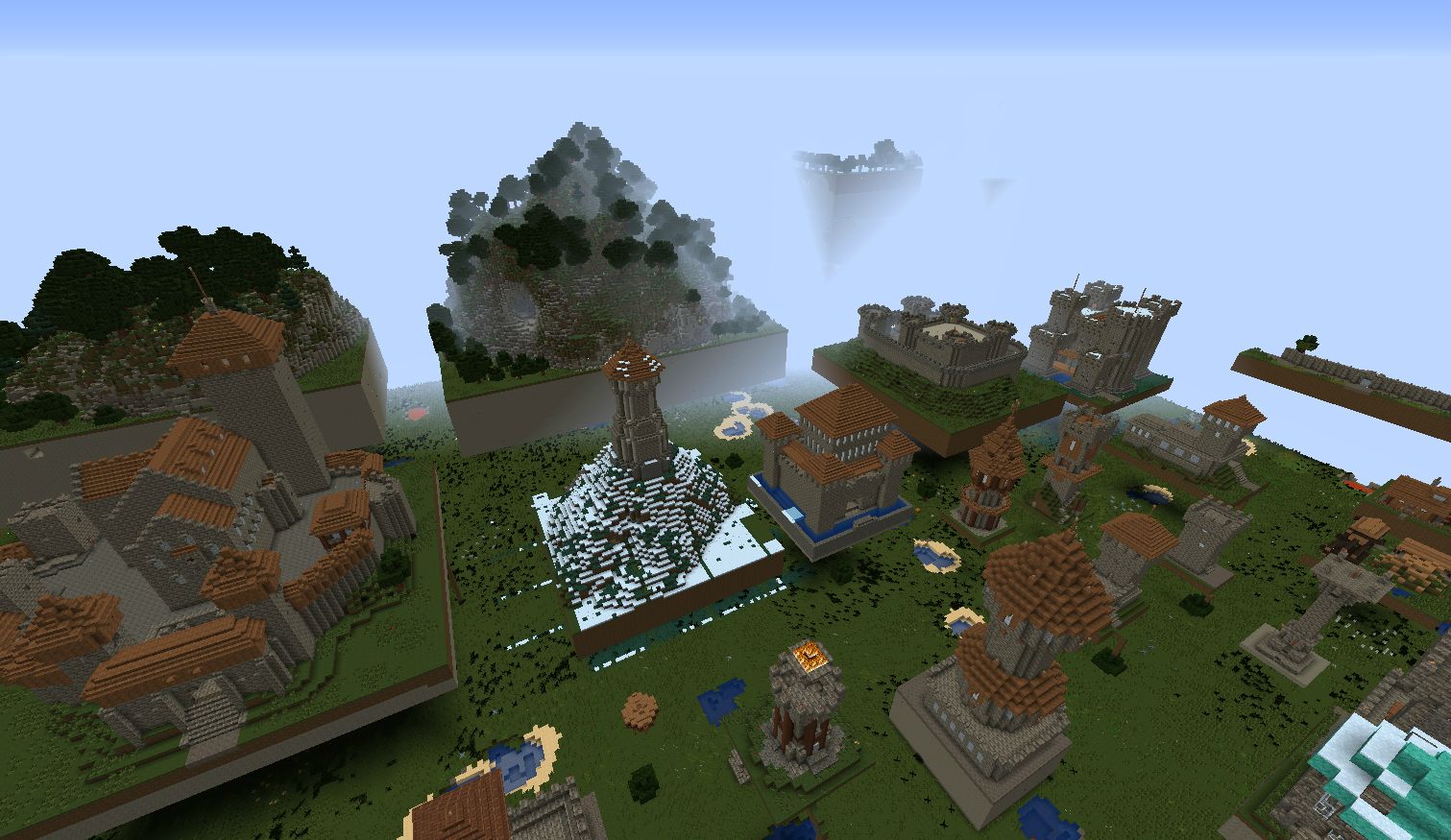