Creates a Boolean variable that indicates whether the data setcontributed data to the current observation. 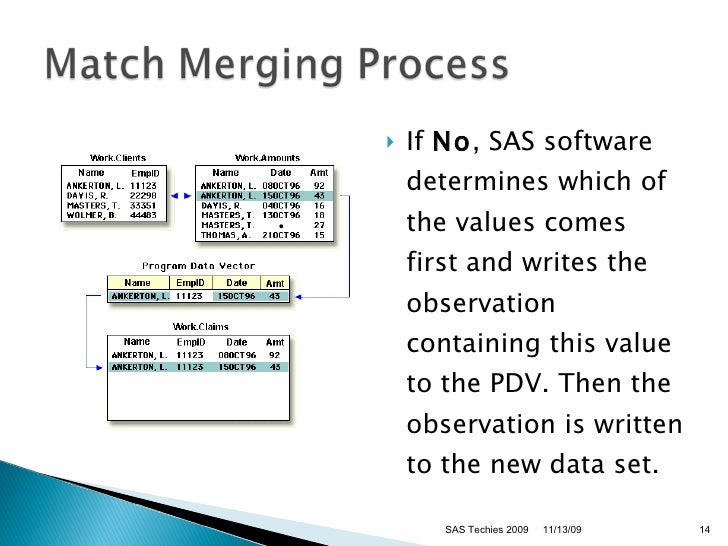 Specify the IN= data set option in parenthesesafter a SAS data set name in the SET, MERGE, MODIFY, and UPDATE statementsonly. Values of IN= variables are available to program statements during theDATA step, but the variables are not included in the SAS data set that isbeing created, unless they are assigned to a new variable.

When you use IN= with BY-group processing, andwhen a data set contributes an observation for the current BY group, the IN=value is 1. The value remains as long as that BY group is still being processedand the value is not reset by programming logic.

In this example, IN= creates a new variable, OVERSEAS,that denotes international flights. The variable I has a value of 1 when theobservation is read from the NONUSA data set. Otherwise, it hasa value of 0. The IF-THEN statement checks the value of I to determine whetherthe data set NONUSA contributed data to the current observation. If I=1, thevariable OVERSEAS receives an asterisk (*) as a value.