For at least a decade, Photomatix Pro from HDRsoft has been one of the best HDR image editors. The app, now in its sixth version, has been updated with an interface that looks more modern while the features are still the ones that earned it a first place among these apps a decade ago.

Photomatix has always been focused on creating the most natural-looking HDR images, more so than its competitors (most are better at creating the typical and often ugly HDR assemblies). I’m happy to say version 6 of this venerable program is still capable of creating the best HDR results, while also allowing for the “artistic” results some creatives want. The new version comes with both Lightroom and Capture One plug-ins.

The major differences from earlier versions of Photomatix Pro are found in the interface. Where it once used to be an amalgam of windows and panels, Photomatix Pro 6 now presents itself in a unified window with editing tools neatly organized in a left sidebar, and the many different HDR styles in a sidebar at the right. 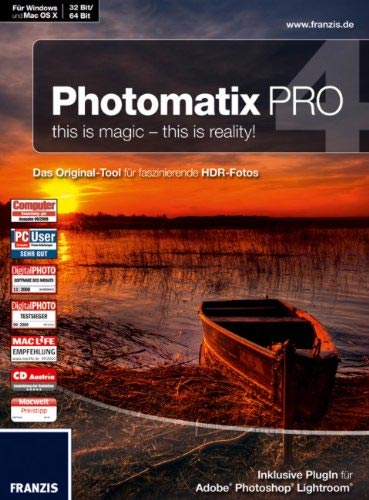 Tools now show a tooltip when you hover over them, with the top tab showing you the most important group of settings, i.e. the HDR settings. These include Tonal Balance, Tonal Compression, Details Enhancer, Contrast Optimizer, and multiple versions of the Fusion settings that are unique to Photomatix Pro. Those Fusion settings allow you to use the app for images that we started using HDR for in the first place: to span a huge dynamic range, such as when shooting real-estate photos.

In terms of creative options, Photomatix Pro 6 doesn’t offer as much as its closest competitor. Its focus really is on natural-looking photos, and that’s not a bad thing unless you’re using HDR as an art form. ■

23 January 2020: Photomatix Pro updated to version 6.2, adding a plugin for Capture One and Canon CR3 support.

Vpn service is not available anyconnect. 28 May 2019: HDR Batch Plugin for Lightroom is released. The plugin lets you automatically merge multiple stacks of bracketed exposures in Lightroom, and process them with the HDR style of your choice.

26 March 2018: HDR Exposures Calculator now available in iOS. The free web version of the app is still available at HDRsoft.com/ev.

13 August 2017: Q&A on using HDR for a solar eclipse based on the questions from a user preparing to photograph the August 21 eclipse.