Space Shuttle Columbia was the first space-rated orbiter in NASAs Space Shuttle fleet. It launched for the first time on mission STS-1 on April 12, 1981, the first flight of the Space Shuttle program. Serving for over 22 years, it completed 27 missions before disintegrating during re-entry near the end of its 28th mission, STS-107 on February 1, 2003, resulting in the deaths of all seven crew. All scenarios Shuttle Fleet V4.8, STS Historical Scenarios and STSpayloads are corrected You must unzip in this order in your Orbiter folder - STS Payloads V.2.01 by Gazza (on OrbitHangar) - STS Payloads Expansion Pack for Fleet 4.8 by David413 (on Simviation) - Shuttle Fleet V4.8 for Orbiter 2010 by David413 (on Simviation) - This pack.

This was the last posted Shuttle Fleet add-on for Orbiter 2010 on Orbithangar. This is a model of the NASA Space Shuttle. This version (V4.8) has been updated for use with the graphics client version of Orbiter (D3D9 client). The GPCMFD now includes direct access to fleet data, allowing for new displays for the RMS arm, the payload bay doors operations and the docking system. Additionally, an updated RMS dialog box and a new docking system dialog box are included, and finally, new local lights are included for use on the nightside of the planet. Comprehensive package – see Add-ons docs for detailed information.

Discovery (OV-103) was NASA's third space shuttle orbiter to join the fleet, arriving for the first time at the Kennedy Space Center in Florida in November 1983.
After checkout and processing, it was launched on Aug. 30, 1984, for its first mission, 41-D, to deploy three communications satellites.
Since that inaugural flight, Discovery has completed more than 30 successful missions, surpassing the number of flights made by any other orbiter in NASA's fleet. Just like all of the orbiters, it has undergone some major modifications over the years. The most recent began in 2002 and was the first carried out at Kennedy. It provided 99 upgrades and 88 special tests, including new changes to make it safer for flight.
Image left: Space Shuttle Discovery lifts off Pad B at the Kennedy Space Center on September 12, 1993, to begin STS-51. Image credit: NASA

Discovery has the distinction of being chosen as the Return to Flight orbiter twice. The first was for STS-26 in 1988, and the second when it carried the STS-114 crew on NASA's Return to Flight mission to the International Space Station in July 2005.
The choice of the name 'Discovery' carried on a tradition drawn from some historic, Earth-bound exploring ships of the past. One of these sailing forerunners was the vessel used in the early 1600s by Henry Hudson to explore Hudson Bay and search for a northwest passage from the Atlantic to the Pacific.
Another such ship was used by British explorer James Cook in the 1770s during his voyages in the South Pacific, leading to the discovery of the Hawaiian Islands. In addition, two British Royal Geographical Society ships have carried the name 'Discovery' as they sailed on expeditions to the North Pole and the Antarctic.

Destined for exploring the heavens instead of the seas, it was only fitting that NASA's Discovery carried the Hubble Space Telescope into space during mission STS-31 in April 1990, and provided both the second and third Hubble servicing missions (STS-82 in February 1997 and STS-103 in December 1999).
Image right: On February 21, 1997, the Space Shuttle Discovery touches down in darkness on Runway 15 of the KSC Shuttle Landing Facility, bringing to a close the 10-day STS-82 mission to service the Hubble Space Telescope (HST). Image credit: NASA
During its many successful trips to space, Discovery has carried satellites aloft, ferried modules and crew to the International Space Station, and provided the setting for countless scientific experiments.
Construction Milestones 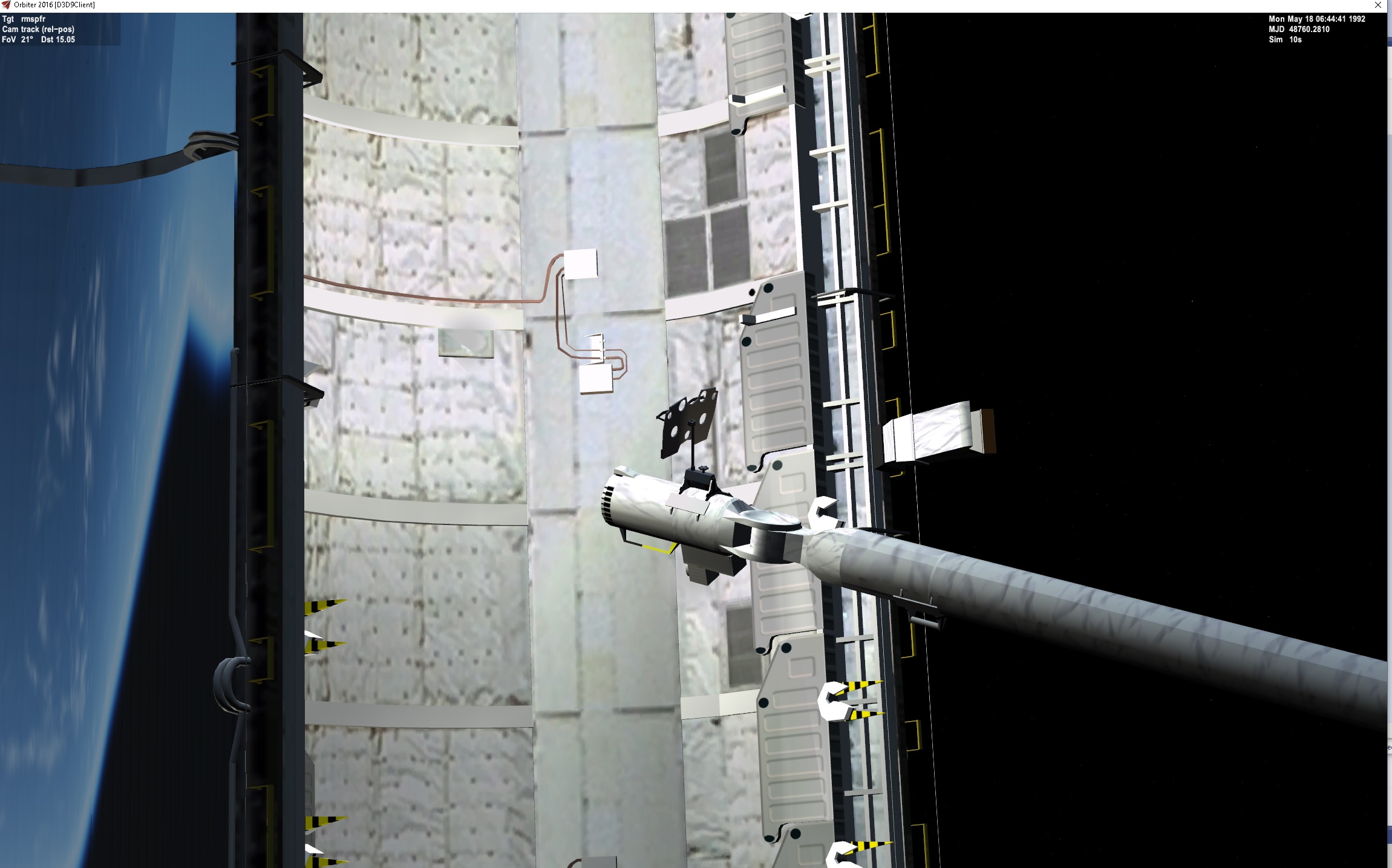 Discovery benefited from lessons learned in the construction and testing of Enterprise, Columbia and Challenger. At rollout, its weight was some 6,870 pounds less than Columbia.
Beginning in the fall of 1995, the orbiter underwent a nine-month Orbiter Maintenance Down Period (OMDP) in Palmdale California. The vehicle was outfitted with a 5th set of cryogenic tanks and an external airlock to support missions to the International Space Station. It returned to the Kennedy Space Center, riding piggy-back on a modified Boeing 747, in June 1996.
Following STS-105, Discovery became the first of the orbiter fleet to undergo Orbiter Major Modification (OMM) period at the Kennedy Space Center. Work began in September 2002, and along with the scheduled upgrades, additional safety modifications were added as part of the preparations for Return to Flight.
For additional information, visit:
› Shuttle Facts and Statistics