It is necessary to have an encoder or another third-party automation application in order to go live on your Live365 station. Luckily, many programs are compatible with the Live365 platform. Below are 15 of the most-used applications with Live365 stations.

MegaSeg is a live music mixing application that gives you total control over the mix. Enjoy fast access and elegant management of large libraries. Quick Overview of MegaSeg DJ Edition for Mac. Learn more at http://www.megaseg.com/.

AltaCast
AltaCast is available on Windows. It runs as a standalone encoder, but also works with various media players that are compatible with Winamp plugins. Unit 5percent, ratio and ratewelcome.

Audio Hijack
Audio Hijack was recommended by the folks at Nicecast after it retired in early 2018. It is available on MacOS and offers features like Volume Overdrive, live stream capabilities, VoIP Recording, and more.

BUTT (Broadcast Using This Tool)
BUTT can be configured on Mac, Windows, and Linux. If you plan on doing live shows with voice, BUTT may just be the software for you.

LadioCast
LadioCast runs on MacOS. Users like LadioCast to mix their mic with their music. This software has four inputs and four outputs.

LiveWebDJ
LiveWebDJ is cloud-based, meaning all administration of your station is done right from your browser.

MegaSeg
MegaSeg is available on MacOS. Some key features are the option to choose from auto crossfade or manual control, a Playlist Browser, smart volume sensing, and more.

Mixxx
Mixxx runs on Mac, Windows, and Linux. It’s a great option for DJs as it allows you four microphone inputs and four auxiliary inputs among many other great features.

NextKast
NextKast runs on various versions of Windows. Playout, music scheduling, sound processing, voice tracking, and more are included and there are never any extra charges for the features you need. 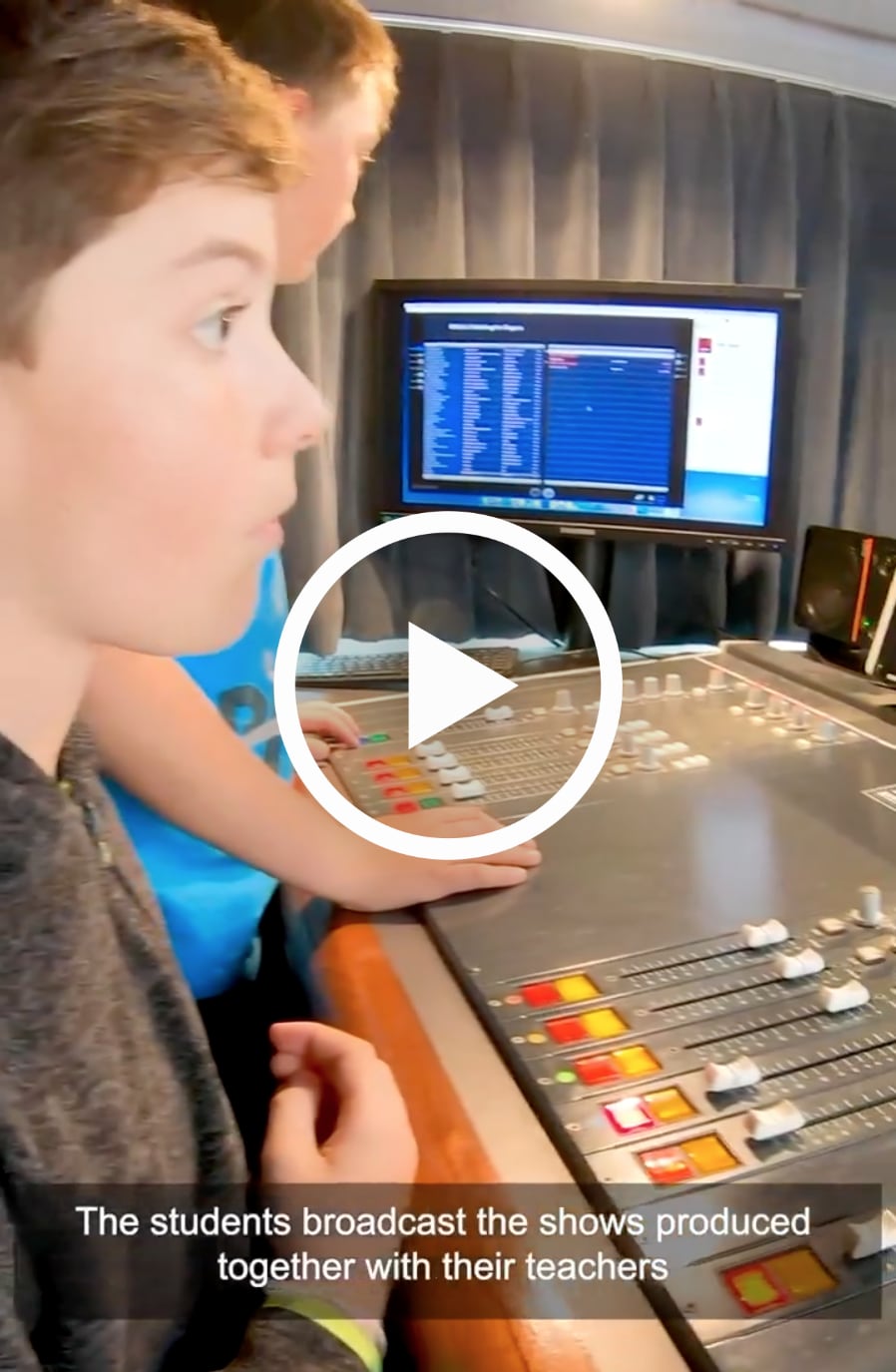 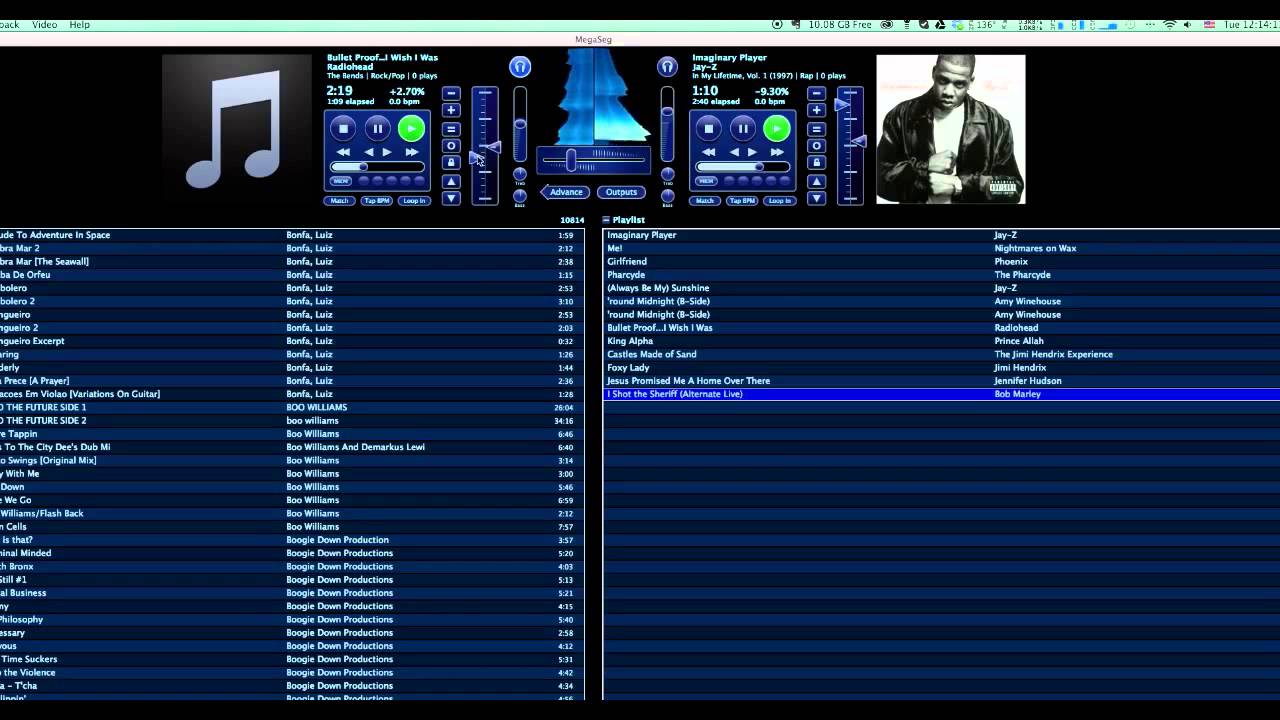 PlayIt Live
PlayIt Live requires the Windows operating system. This is another great option for DJs as it is easy to use and users are able to upgrade with plugins such as mixing microphone input with PlayIt Live output.

RadioBoss
RadioBoss works with Windows. The software can convert and manage audio assets, build playlists, hourly blocks, and rotations, and has crossfade as well as automatic leveling capabilities.

RadioDJ
RadioDJ runs on various versions of Windows. This software allows you to organize all sound files by category, making it easier to find and maintain what you want to play.

Rocket Broadcaster
Rocket Broadcaster works with Windows. Among the many great features is the ability to manually update metadata and automatically capture audio metadata from another window, helping keep the broadcast compliant.

SAM Broadcaster PRO
SAM Broadcaster PRO requires the Windows OS. The program provides you with built-in advanced audio processors, and SAM’s smart cross fader can automatically detect the best points to crossfade songs and gives you the ability to lay the needle down right where you want it, giving your station a professional sound.

StationPlaylist
StationPlaylist works with Windows. This software has several different versions, so users have a good chance of finding something that works for them.

VirtualDJ
VirtualDJ is available on both Mac and Windows. This software offers an advanced mixer, equalization & filter, effects, and more.

For step-by-step instructions on how to use many of the above programs with your Live365 station, visit our Knowledge Base.

Discover thousands of free stations from every genre of music and talk at live365.com/listen. Keep up with the latest news by following us on Facebook (Live365 Official and Live365 Broadcasting) and Twitter (@Live365 and @Broadcaster365)!

Fidelity Media Inc. on Wednesday announced MegaSeg 3.0, a new version of its DJ and radio automation software for Mac OS X. The new version of MegaSeg ads more than 100 improvements and new features. The live mixing interface has been updated, iTunes and iPod integration is improved, a new search engine has been added, a new dual-deck player view has been incorporated, along with expanded database fields, multi-select editing, improved event and scheduling features and much more. MegaSeg 3.0 will be available in November for US$199; users who buy v2.7.4 from today on will get the upgrade for free. Upgrades will be available for $59. MegaSeg 3.0 requires Mac OS X or higher and a 500MHz processor.