Seed planner. The Chinese space station's first core module, which launched on Wednesday, Apr. 28 EDT, has been spotted from Earth and will continue to be visible over the next several days.

The Tianhe-1 core module, also known as the Harmony of the Heavens, is the first of the five modules that will complete the Chinese space station slated to launch sometime in 2022.

The first segment of China's space station, launched last week, is visible in the predawn skies this week along with the tumbling rocket that put it in orbit.

Tianhe-1, the 22.5-metric-ton (24.802 ton) core module, has successfully reached low Earth orbit after launching from the Wenchang Spacecraft Launch Site on the island of Hainan on Wednesday, Apr. 28 at 11:23 p.m. EDT.

Since then, the Chinese space station module will continue to be visible from Earth, like any other satellites, but it will not be as bright as NASA's International Space Station (ISS). According to WRAL's report on May 3, Tianhe-1 will be visible from Earth on the following dates, time, and coordinates:

The Chinese space station named the Tiangong (Heaven's Palace) program is part of China's move to conduct its independent interstellar research that rivals that of NASA's research.

Long March 5B: When Will It Re-Enter Earth's Atmosphere?

Long March 5B, the rocket that carried the Chinese space station module Tianhe-1 to low Earth orbit, is expected to re-enter the atmosphere soon. China National Space Administration (CNSA) has not commented on the Long March 5B's crash into Earth, but experts and amateur space fans have been plotting the rocket's trajectory to predict its re-entry.

Meanwhile, Aerospace predicted that the Long March 5B would reenter the Earth's atmosphere on May 10 UTC, and plotted where it could possibly crash.

Experts also speculate that the Chinese rocket would perform an active maneuver to help itself deorbit and land safely back to Earth, but CNSA has not mentioned its possibility.

On Apr. 30, SpaceNews reported that the Long March 5B has been orbiting the Earth roughly every 90 minutes, making it difficult to predict exactly when and where it would crash.

'It is always difficult to assess the amount of surviving mass and number of fragments without knowing the design of the object, but a reasonable 'rule-of-thumb' is about 20-40% of the original dry mass,' said Holger Krag, head of the Space Safety Programme Office for the European Space Agency.

Krag added that about 90 metric-tonnes (100 tons) of uncontrollable space debris had been reentering the Earth's atmosphere every year.

'This relates to about 50-60 individual events per year,' he said.

Related Article:Russia, China Set to Collaborate and Open a Lunar Space Station to Study and Explore the Moon and Deep Space 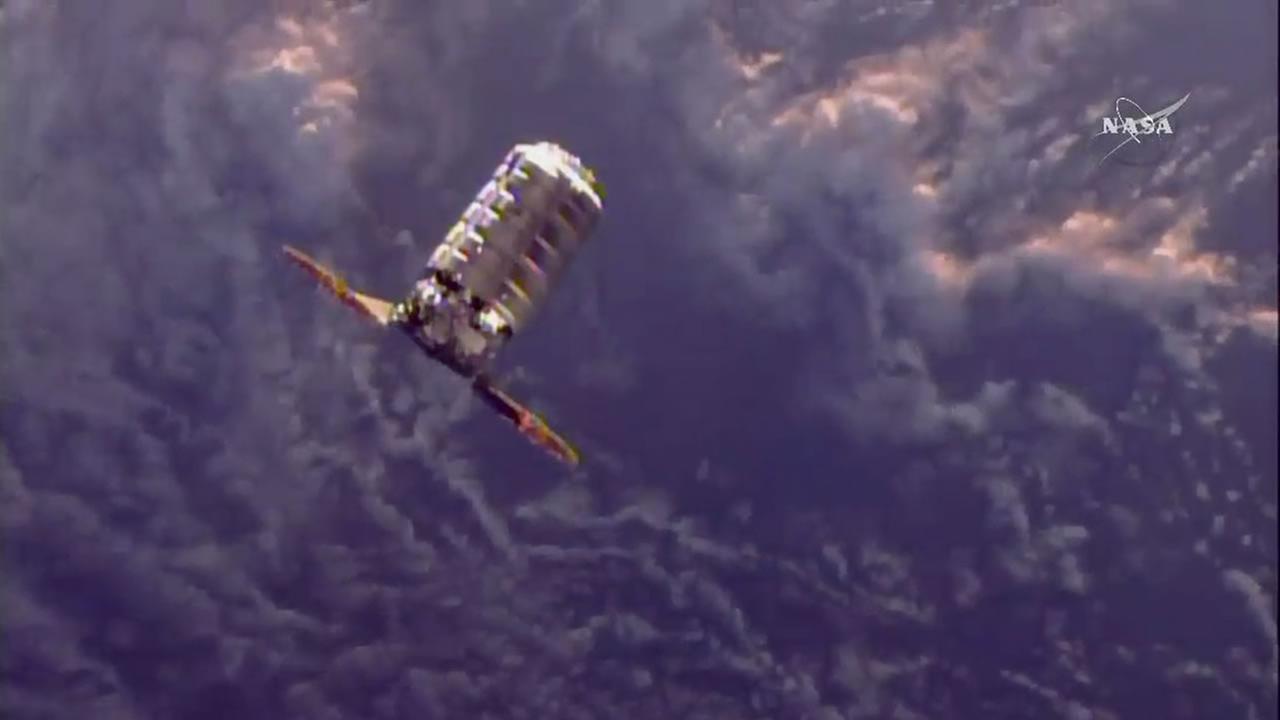 This article is owned by Tech Times

ⓒ 2021 TECHTIMES.com All rights reserved. Do not reproduce without permission.

China’s space program is making impressive progress. The country only launched its first crewed flight in 2003, more than 40 years after the Soviet Union’s Yuri Gagarin became the first human in space. China’s first Mars mission was in 2020, half a century after the US Mariner 9 probe flew past the red planet.

But the rising Asian superpower is catching up fast: flying missions to the Moon and Mars; launching heavy-lift rockets; building a new space telescope set to fly in 2024; and, most recently, putting the first piece of the Tiangong space station (the name means Heavenly Palace) into orbit.

What is the Tiangong space station?

Tiangong is the successor to China’s Tiangong-1 and Tiangong-2 space laboratories, launched in 2011 and 2016, respectively. It will be built on a modular design, similar to the International Space Station operated by the United States, Russia, Japan, Canada and the European Space Agency. When complete, Tiangong will consist of a core module attached to two laboratories with a combined weight of nearly 70 tonnes.

The core capsule, named Tianhe (Harmony of Heavens), is about the size of a bus. Containing life support and control systems, this core will be the station’s living quarters. At 22.5 tonnes, the Tianhe capsule is the biggest and heaviest spacecraft China has ever constructed.

The capsule will be central to the space station’s future operations. In 2022, two slightly smaller modules are expected to join Tianhe to extend the space station and make it possible to carry out various scientific and technological experiments. Ultimately, the station will include 14 internal experiment racks and 50 external ports for studies of the space environment.

Tianhe will be just one-fifth the size of the International Space Station, and will host up to three crew members at a time. The first three “taikonauts” (as Chinese astronauts are often known) are expected to take up residence in June.

Read more: How to live in space: what we've learned from 20 years of the International Space Station

Tianhe was launched from China’s Hainan island on April 29 aboard a Long March 5B rocket.

These rockets have one core stage and four boosters, each of which is nearly 28 metres tall － the height of a nine-storey building － and more than 3 metres wide. The Long March 5B weighs about 850 tonnes when fully fuelled, and can lift a 25-tonne payload into low Earth orbit.

During the Tianhe launch, the gigantic core stage of the rocket – weighing around 20 tonnes – spun out of control, eventually splashing down more than a week later in the Indian Ocean. The absence of a control system for the return of the rocket to Earth has raised criticism from the international community.

Read more: A giant piece of space junk is hurtling towards Earth. Here's how worried you should be

However, these rockets are a key element of China’s short-term ambitions in space. They are planned to be used to deliver modules and crew to Tiangong, as well as launching exploratory probes to the Moon and eventually Mars.

Despite leaving behind an enormous hunk of space junk, Tianhe made it safely to orbit. An hour and 13 minutes after launch, its solar panels started operating and the module powered up.

Tianhe is now sitting in low-Earth orbit (about 400km above the ground), waiting for the first of the ten scheduled supply flights over the next 18 months that it will take to complete the Tiangong station.

A pair of experiment modules named Wentian (Quest for Heavens) and Mengtian (Dreaming of Heavens) are planned for launch in 2022. Although the station is being built by China alone, nine other nations have already signed on to fly experiments aboard Tiangong.

How to see the Tiangong space station

Tianhe is already visible with the naked eye, if you know where and when to look.

To find out when the space station might be visible from where you are, you can check websites such as n2yo.com, which show you the station’s current location and its predicted path for the next 10 days. Note that these predictions are based on models that can change quite quickly, because the space station is slowly falling in its orbit and periodically boosts itself back up to higher altitudes.

The station orbits Earth every 91 minutes. Once you find the time of the station’s next pass over your location (at night - you won’t be able to see it in the daytime), check the direction it will be coming from, find yourself a dark spot away from bright lights, and look out for a tiny, fast-moving spark of light trailing across the heavens.