Comedy and action are two genres that don’t usually mix, but when they come together, we get some fantastic experiences. ‘Guns Akimbo’ is one such example. Starring Daniel Radcliffe, the premise follows an ordinary guy who is forced to take part in a gladiator-like battle. Miles has to fight to save his kidnapped ex-girlfriend, while a dark website streams the violence for viewers. The title refers to the akimbo combat technique where two weapons are used, one in each hand. The fascinating premise and star power might make you wonder where to stream the film. We have got you covered in that regard right after walking you through the plot.

What is Guns Akimbo About?

The story centers around Miles, a video game developer who wakes up to find two guns nailed to his hands. Soon enough, he is catapulted into a dangerous world, where he is a real-life participant in a deathmatch. His actions are streamed as the world enjoys the violence playing out. Miles hits upon the strategy of running away from everything. However, in the impulse between flight and fight, he soon has to choose the latter. The situation becomes increasingly dire when he faces Nix, a killer at the top of her game. The action-packed saga witnesses Miles’ attempt to eliminate Nix, come out of the game alive and save his ex-girlfriend.

Is Guns Akimbo on Netflix?

‘Guns Akimbo’ is not on Netflix. But you can check out ‘Polar,’ an over the top action movie featuring plenty of gunfire and violence on the platform.

Is Guns Akimbo on Hulu?

Hulu stays ahead of competitors by making smart additions to the platform. The library is designed to appeal to varied tastes. While ‘Guns Akimbo’ is not on Hulu, you can check out ‘The Book of Eli.’ Set in a post-apocalyptic world; the movie is filled with action as a man fights all forces to protect a sacred book.

Is Guns Akimbo on Amazon Prime?

Amazon Prime can give Netflix fierce competition when it comes to content. The streaming platform stands out for globally sourced films and television shows. Prime subscribers cannot stream ‘Guns Akimbo’ as is, but you can rent or buy and watch the movie on the platform. Check it out here.

Where Can I Stream Guns Akimbo Online?

No subscription to major streamers? No problem. Head over to a VOD service to rent or buy and stream the movie. Check it out on Vudu or FandangoNow, where ‘Guns Akimbo’ is available in both SD and HD versions.

Is Guns Akimbo Out on DVD and BluRay? 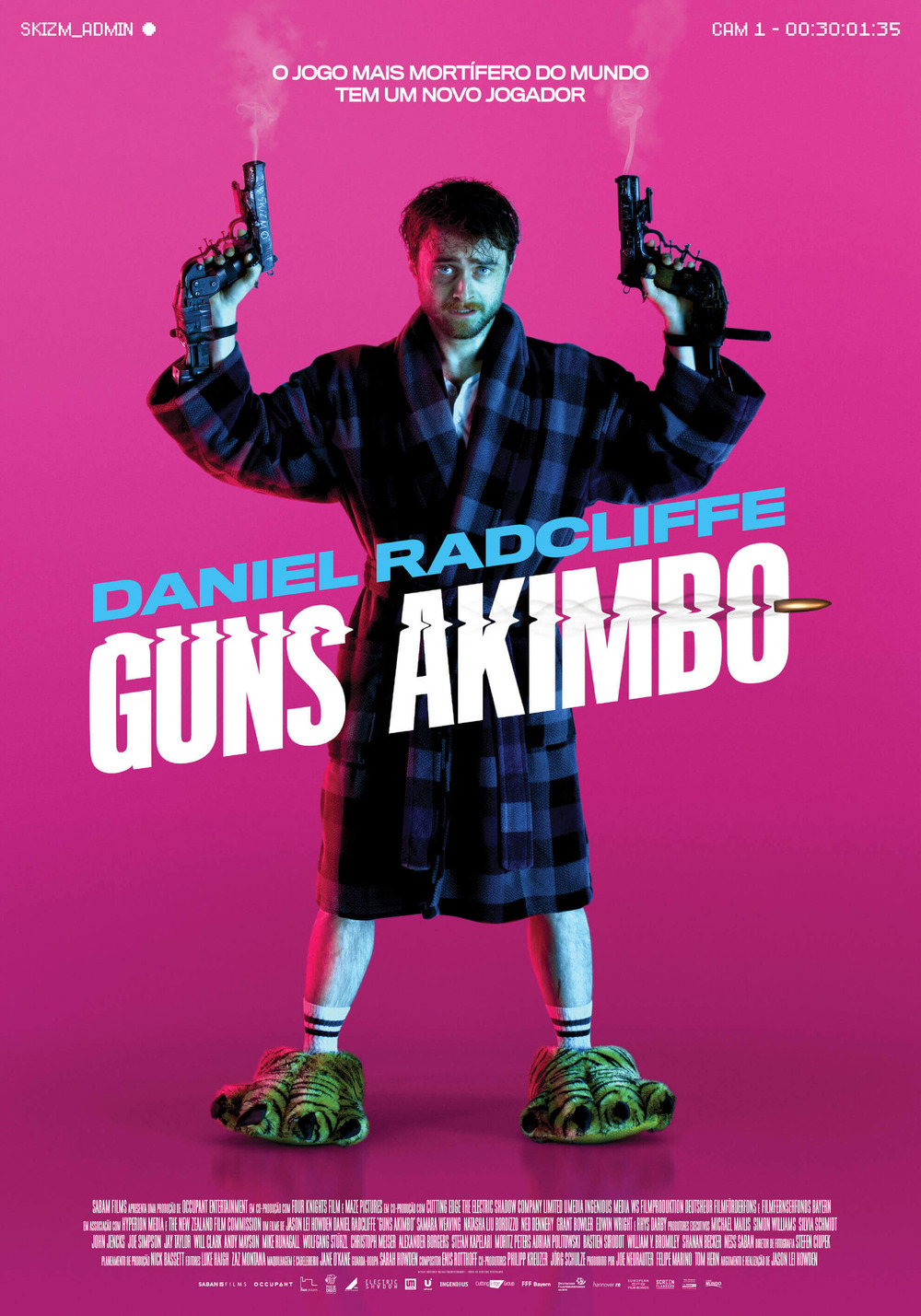 Can I Stream Guns Akimbo Online For Free?

Unfortunately, you cannot stream ‘Guns Akimbo’ online for free. You have to wait until the film arrives on a platform with a trial period. Moreover, we’d like to urge our readers to pay for all the art they consume.