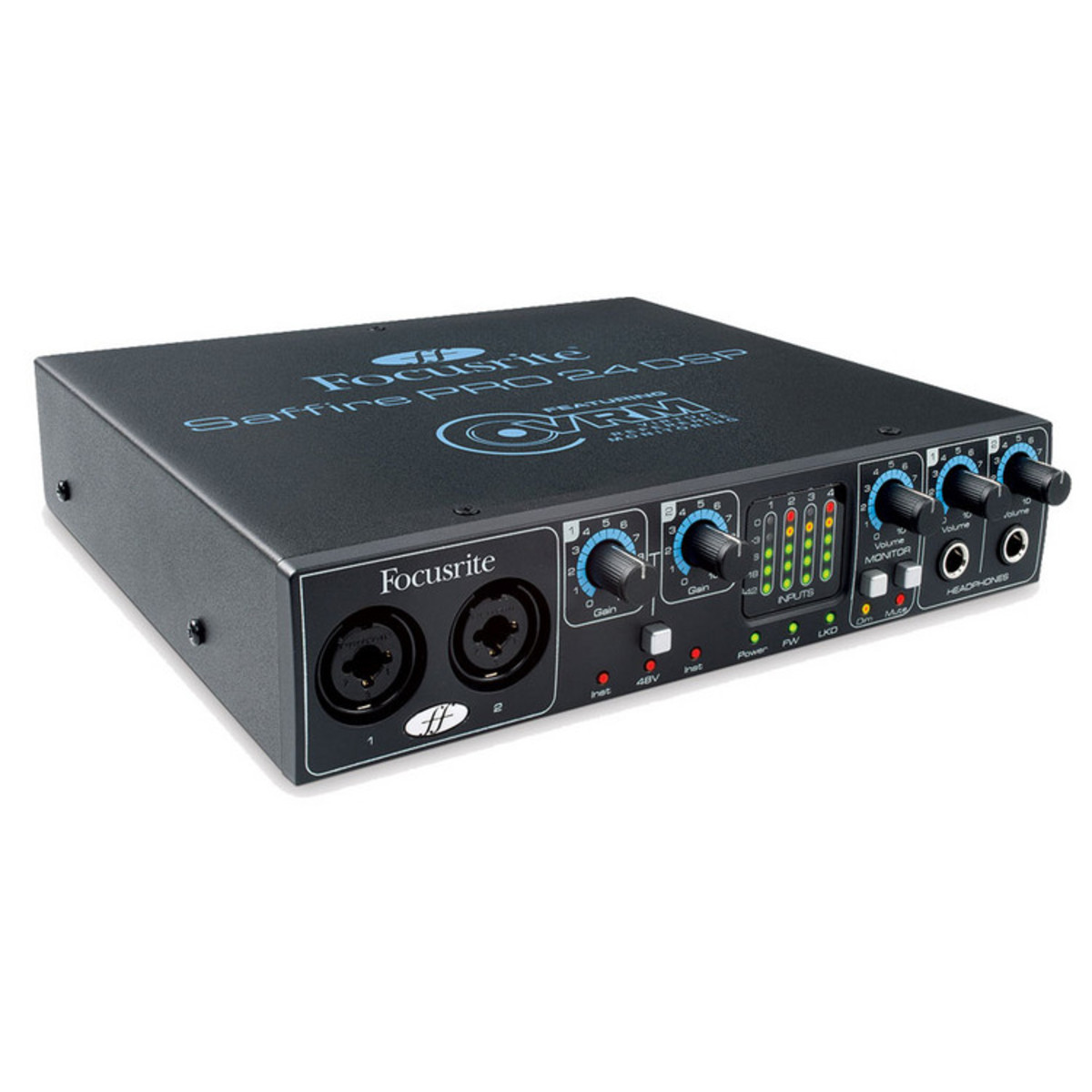 Dirt bike riding pants. Dirt Bike Pants From Rocky Mountain ATV/MC. There’s a lot to think about while racing down the track or trail. Do not make uncomfortable pants one of them. At Rocky Mountain ATV/MC, we have a huge selection of dirt bike pants that meets your needs as an off-road enthusiast. The dirt bike pants. Getting the right pair of pants to match your jersey and flagrant style is key to staying ahead of the pack and the fashion police. Cycle Gear’s selection of dirt bike pants offers both in-the-boot and over-the. The Fox Legion LT pants look pretty sharp and are the quality that we’ve come to.

Because I specialise in advising people about affordable monitoring options in my 'Mixing Secrets' book, I've had quite a few enquiries from readers about whether Focusrite's eminently affordable VRM Box is worth considering for serious mix work. So I decided a couple of months ago to just buy one for myself and put it through its paces, in order to decide who I might be able to recommend it for. Now that I've spent some quality time with it, here's a brief report of my findings. Firstly I'll just give my subjective reactions to the VRM technology on its own terms, and then I'll have a look at the rather involved issue of which specific users might benefit from spending money on it.
Is The Stereo Image Like Listening On Speakers?
I tested the VRM box with a pair of Sennheiser HD650's, which are a pair of top-of-the-range open-backed mixing headphones that I've had for a few years now and am very familiar with. First things first: how well does the VRM Box simulate the stereo effect of listening on speakers? For me, the answer is 'not tremendously well', even after giving myself time to acclimatise to the effect (as suggested by some users). While the stereo field isn't as much 'inside the head' when VRM's active, it certainly isn't arrayed in front of me as I would expect from speakers, and feels much more as if it's located above me, and even then feels overly wide. The imaging doesn't seem great, either, with the localisation even of extreme-panned (ie. 'virtual' single-speaker) sources being considerably more vague than I'd expect of physical hardware boxes. To be fair to Focusrite, though, I've rarely had a decent impression of speaker listening out of any software (and I've tried a few of the available 'crossfeed' headphone monitoring plug-ins before, as well as things like AKG's old Hearo system), and I suspect that this is because they're using generalised HRTF data that doesn't tally well with my own ears. Let me explain..
One of the reasons that you can tell that something is coming from in front of, behind, or above you is that your head and ear canal effectively apply different EQ curves to sounds coming from different directions. These EQ curves can be measured for different individuals to provide Head-Related Transfer Functions (HRTFs). The problem is that everyone's ear is unique, and the correspondence between the perceived EQ curve and the direction of an incoming sound therefore has to be learned by each of us through experience as we grow up. Because of this, one person's HRTF curves may be considerably different to another's. In response to this, most manufacturers who want to simulate front/back/up/down localisation over headphones average the HRTF data of many different individuals to create generic curves in an attempt to please as many listeners as possible. By doing this, however, the accuracy of the localisation is compromised to a greater or lesser extent for the majority of listeners. Whether you happen to be one of the lucky few whose ears fit the generic HRTF pretty closely, or one of the unlucky ones (like me) whose ears clearly don't conform to the model, is simply a matter of chance.

So it's important to qualify my impressions of the imaging by saying that this is something you must try for yourself so that you can form your own judgements before spending any money. And when doing so, please try to studiously ignore comments from other listeners (including me!) saying how good/bad the stereo positioning is and how it does/doesn't sound 'exactly like a pair of speakers there in front of me'!
Beyond HRTFs

However, VRM isn't just about HRTFs, as Focusrite have been keen to point out. There's also some kind of convolution process going on too which simulates the effects of the virtual environment within which you and the modelled speakers are placed. Unfortunately, I'm not a huge fan of what this is doing to the sound either, from a studio monitoring perspective. The main thing is that all of the three environment options (Professional Studio, Bedroom, Living Room) somehow seem to put a veil over the sound, whichever speaker model you select, in a way that makes the system considerably less revealing than I'd expect of even the comparatively affordable nearfield monitoring setup I describe in Chapter 1 of my book.
On the one hand, I think this is partly just a tonal thing, because all the modelled speakers sound rather too bassy on my headphones. For all their merits, the Sennheiser HD650s overplay the low end for me, and I'm just about to supplement them with a pair of Beyerdynamic DT880s for that reason. However, that's not the whole story, because it feels to me as if Focusrite have deliberately hyped the bass response of the VRM's output to flatter owners of lesser headphones -- perhaps understandable from Focusrite's commercial perspective given the likely target market. Even were this not the case, though, the listening experience at sub-100Hz frequencies would still inevitably be quite different to that on speakers, simply because there is a physical sensation of low end from speakers that forms an important part of our overall low-frequency perception, and this cannot be recreated by headphones -- unless perhaps they're connected to some kind of motorised gizmo which flaps your trouserlegs around on cue!

In addition, the high frequencies feel too damped for me, almost as if I'm sat too far away from the tweeters, or off-axis, and this makes it difficult for me to judge high-frequency effects such 'air' EQ, short stereo 'fizz' reverbs, and psychoacoustic Exciter-style enhancements. Again, with these issues it may be that your particular brand of headphones compensate to some extent for this tonal character, but it's a lottery -- and a lottery that favours the kind of cheaper, tinnier headphones that I wouldn't seriously consider for mixing purposes anyway on quality grounds.
Furthermore, I can't shake the persistent feeling that all the models of well-known studio monitors sound considerably more coloured, even in the 'Professional Studio' environment, than I would expect within a real studio space -- as if the frequency response is lumpier and more afflicted by resonance issues. My current theory (assuming Focusrite haven't done anything odd in measuring the speakers concerned) is that VRM effectively clamps your head in a vice within the virtual listening space, which means that you don't benefit from the mental 'averaging' that your hearing system naturally applies during your natural movements while working in a real room. Whereas you can mentally 'factor out' the tone of the room to a significant extent by simply moving about in it (and thereby approach a more direct understanding of what the speakers are telling you), this is not something you can do with the VRM Box. (It's worth noting, though, that the VRM software shipped with Focusrite's Saffire Pro 24 DSP audio interface does give you the option to move the listening position within the virtual space. I've not tested it personally, but there's a possibility that it might help address this particular concern.)
Tonality isn't the only issue, though, because I also think the reverb simulation has been pushed too far for my taste, even in the 'Professional Studio' environment. While it's undeniable that one problem with mixing on headphones is that you don't get an idea of how additional listening-room reverb is going to affect end-user speaker listeners, that judgement is more what grotbox listening is for, not studio monitoring. From studio monitors I want to be able to hear into the delay/reverb tails and low-level recorded details, do meaningful A/B comparisons while mix-referencing, and make critical subjective quality/tone judgements which will carry for hi-fi listeners and audiophiles. This is something I can't do with VRM, simply because the room covers too many important details in a kind of blanket. Levels of subtle 'blend' effects are particularly difficult to judge, for example, because the VRM reverb already acts to blend the sounds so you can't easily tell how much additional help any individual instrument needs in this regard.
Reasons To Use VRM
Despite all of the above, I do think that the VRM box has the potential to play a useful role in your small-studio mixing process, as long as you're careful only to play to its strengths. In my opinion this unit can't substitute for a set of nearfield monitors in any useful way, because to my ears it doesn't fulfil most of the fundamental purposes of nearfields:

Neither do I think the VRM Box is a suitable Auratone-substitute. Sure, if you select the VRM's Auratone 5C model you'll get an approximation of how it sounds from a frequency-balance perspective, although this will inevitably depend a good deal on the headphones you happen to be using. However, the mid-heavy tone is only one part of what makes single-point mono monitoring so effective for balancing purposes, and the imaging vagaries of VRM, both in terms of direction and distance, make its Auratone 5C model a lot less effective for detailed balancing tasks such as lead-vocal automation -- even if you mono the mix and pan it hard to one side to feed only one of the virtual speakers. In fact, engaging VRM seems to me to provide very little extra insight, as far as pure balance is concerned, beyond that already available when listening to headphones without VRM.
Where the argument for getting a VRM Box seems strongest, to me, is when considering it as a supercharged grotbox simulator. Irrespective of whether the room/speaker models are completely life-like in any absolute sense, what you do still get when switching between them all is a very good sense of how your mix will sound in 'worst case scenario' situations. In fact, even if you already have several end-user hardware systems to check your mixes on, the VRM box still scores strongly on the basis that it makes it so convenient to switch between them all. In this respect, easily my favourite VRM speaker models were the 'Computer Desktop', 'Budget Micro System', and 'LCD 24-inch Flat-Screen TV' options, simply because they do sound truly horrible! However, it's a shame there are no boomboxes, laptops, or mobile phones in the list too, and VRM also misses a trick in providing no model with the speakers side by side, as this kind of 'badly correllated mono' can be especially ruinous for vocal intellibility -- even the TV screen exhibits distinct (if vague and somewhat narrowed) panning.
Is The VRM Box Worth The Money?

For me, this question has different answers depending on what monitoring systems you've already got access to. Here are some of the options I can foresee, but feel free to post if I've missed out a real-world configuration that you'd like to have a specific verdict on.