AD Carry, or Marksman is an important role for most comps thanks to their ability to deal strong DPS in team fights. Although in some of the most recent metas, the priority has been shifted towards the mid lane, ADCs are still the key to win in the late game.

In this article, I will show you some of the best ADC champions to play and rank up in Season 11. These picks have high pick and ban rate, as well as high win rate in the current meta. Utilize (or even abuse) these champions as your pocket picks will help you carry your team to victory and climb up the ranked ladder faster.

Senna is an extremely versatile and adaptive marksman in terms of builds and playstyles. Her kit provides excellent utilities for the team, while, as the game proceeds, Senna can deal massive amounts of damage with long attack range due to her infinite scaling. For Keystone Rune, Glacial Augment is a must for Senna. With her long-range auto-attack, she can apply the slow effect from the Rune, followed by her W, Last Embrace to lock down an enemy easily. Senna is indeed the strongest marksman in previous patches as a result of a new item build for her. Her greatest weakness, low attack speed, is improved thanks to the additional attack speed from the Guinsoo’s Rageblade buff. More important, Guinsoo’s Rageblade converts every 20% critical strike chance into 50 bonus physical damage on-hit. This item pairs perfectly with the Kraken Slayer, which also has on-hit effects. Another item that also has on-hit effects is the Rapid Fire cannon. And do you know what also applies on-hit effects? It’s Senna’s basic attack and Q, Piercing Darkness! With these three core items, Guinsoo’s Rageblade, Kraken Slayer, and Rapid Fire cannon, Senna will deal insane damage on every basic hit.

Update: On Patch 11.5, Guinsoo’s Rageblade got tweaked a little bit to cap the critical chance at 100%. That means no more overflowing crit chance for Senna, and any excess crit is converted into life steal at the same rate. Thus, she will receive less bonus on-hit damage than before. Nevertheless, I still think she’s a solid overall pick in the bot lane that offers good damage and healing to the team.

Kai’sa, Daughter of the Void

Despite the 11.4 nerf, Kai’sa is still one of the most picked champions in Summoner’s Rift. She is extremely versatile, with mixed AD/AP damage, many different builds work on her. She also dominates in late-game team fights thanks to her high DPS.

You should go for Hail of Blades as the Keystone Rune for her since it helps minimize her weakness in the early game. In addition, other Secondary Runes, such as Eyeball Collection and Ravenous Hunter are extremely beneficial in the long run for a hyper carry like Kai’sa. For the secondary tree, both Inspiration (Biscuit Delivery, Cosmic Insight) and Precision (Presence of Mind, Legend: Bloodline) are good since they provide mana recovery and other utilities.

Kai’sa will hit her power spikes whenever she has Q, Icathian Rain, and E, Supercharge, upgraded. The Collector is an extremely popular item among Kai’sa players, along with the Kraken Slayer. Download time vikings packers game tonight free software. Both will provide more than 100 additional attack damage for Q upgrade, as well as attack speed, critical chance, and some extra juicy lethality.

Vayne is coming back in the current meta. She is known for her mobility, enemies’ health-based true damage, and stealth. However, she requires good mechanics to be effective. Otherwise, she’s easily bullied by long-range opponents in the landing phase. 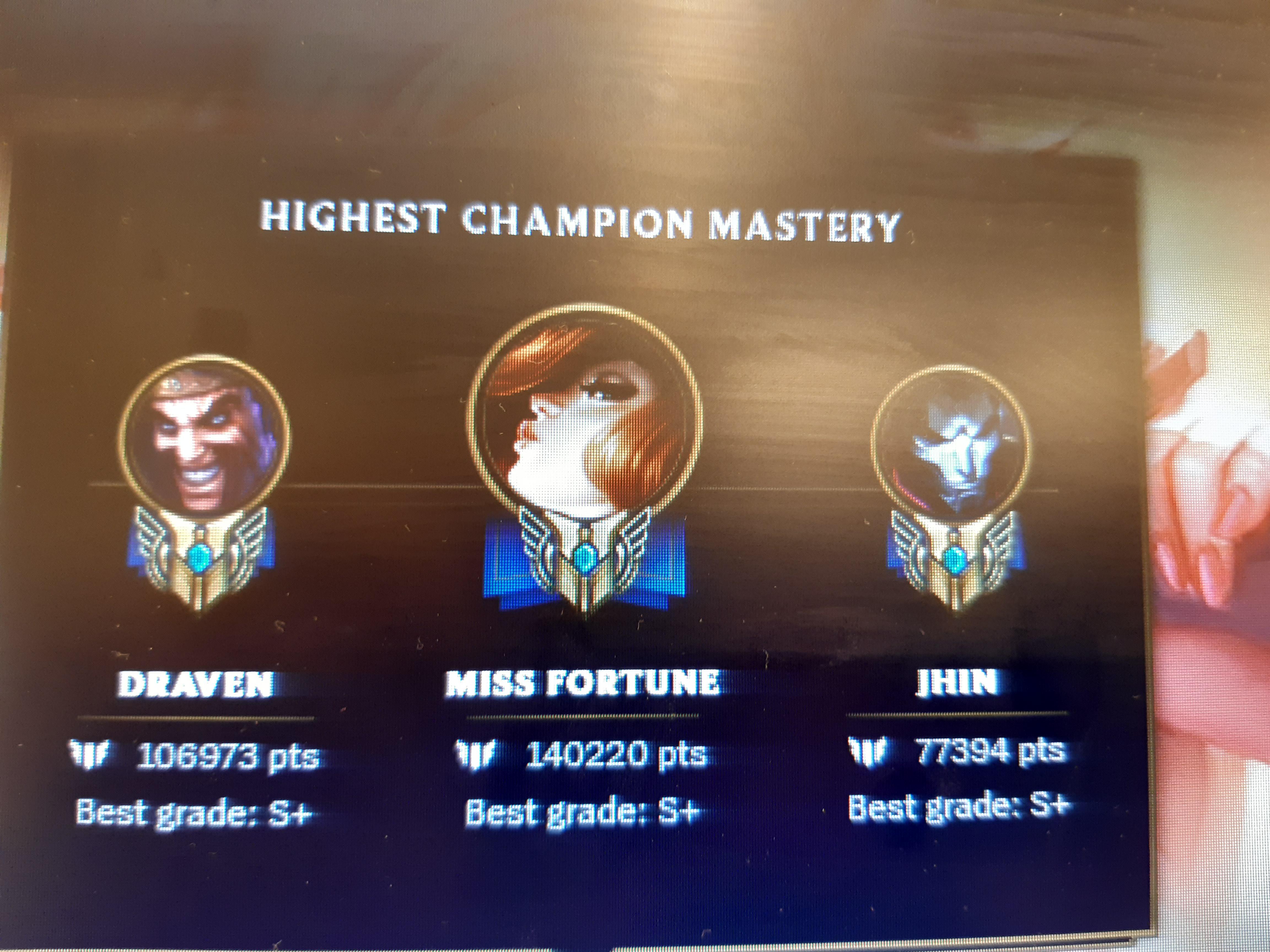 As for Runes, Press the Attack will be the best Keystone Rune for Vayne since it has the same mechanism as Vayne’s W, Silver Bolts, in which greater damage is dealt on the third basic attack. For secondary runes, you should go for Triumph and Taste of Blood for survivability in the landing phase, as well as Legend: Alacrity and Ravenous Hunter for late game scaling.

Crit itemization is the most powerful build for Vayne in the current meta. Kraken Slayer, Phantom Dancer, and Infinity Edge should be her core items. With this build, she can burst anyone down super fast, even tanky enemies!

Without any buff or nerf in many recent patches, Jhin is still a good pick stepping into Season 11 for one sole reason, he hits hard! He’s a great counter pick to some strong lane bullies. If he gets some early advantages, he can snowball quickly. Last but not least, the champion is super fun to play with as Jhin has the best character design in League of Legends in my opinion. Fleet Footwork should be the best Keystone for Jhin for the sake of mobility, which he desperately needs. For that same reason, you should choose secondary runes, such as Nimbus Cloak and Celerity, to gain more movement speed. Presence of Mind is good overall for mana regeneration, enables better trading in lane.

Jhin also benefits from the crit itemization build. Galeforce and The Collector are his core items, followed by Rapid Firecannon and Infinity Edge. The Collector on a Jhin is extremely OP since it synergizes perfectly with his fourth shot. He needs many items to shine tho, so try to get that gold advantage early on, and Jhin will be extremely broken.

Miss Fortune is a safe pick and an easy-to-play champion for ADC mains. She’s a good lane bully as her Q, Double Up, hits hard from a distance. In addition, her signature ultimate skill, Bullet Time, has the potential to be impactful all game, since one good Bullet Time can define the whole match. I highly recommend her as a pocket pick for low ELO players. She doesn’t require insane mechanics, synergizes well with tanky CC supports who currently rule the bot lane meta, and is easy to win lane and get ahead of her opponents. Even if she’s behind, a well-positioned Bullet Time can win you the fight.

Press the Attack should be your choice for Keystone Rune since you can easily activate it with Q and auto attacks on W, Strut. Secondary runes such as Presence of Mind or Overheal, are also great on her. For the secondary tree, Dominant gives her more damage, while Sorcery provides extra mana recovery for effective trading in lane.

For item choice, Galeforce and The Collector are the core build for Miss Fortune in the current meta. In general, attack damage, critical chance, and lethality are the main stats you should aim for. After the core items, she’s pretty flexible in builds, depending on the situation, whether you want more R, Bullet Time, damage, or more protection, there are several items to pick. Infinity Edge, Lord Dominik’s Regards, Mortal Reminder, Bloodthirster, and Maw of Malmortius are other excellent choices for her in the mid and late game.

Sivir is also the safest and low-ELO-friendly ADC. Even though her pick rate is not as high as other champions mentioned earlier, she is very prominent as her win rate is rising in the current meta. Sivir is recommended for players who are either in low rank or new to the game. You don’t need to make sick outplays, just farm for necessary items, and she’ll be a super solid damage dealer in team fights.

Sivir is best known for her powerful wave clear. In the League of Legends Pro Scene, Teddy’s Sivir currently holds the record for the most CS in a game, with 1465 CS.

Sivir can adopt different Rune paths, depends on itemization. Dark Harvest would be the best Keystone Rune for the Manamune + Duskblade of Draktharr + Ionia Boots of Lucidity build combo. Since her wave clear and AoE damage doesn’t rely on attack speed, this build allows constant skills spamming and quality damage output. Another build is crit itemization with Galeforce and Essence Reaver. This build goes well with Lethal Tempo as Keystone Rune. I recommend the latter for the current meta. For secondary, either Presence of Mind or Manaflow Band is great for mana sustain since Sivir can easily run out of mana after spamming a few skills.