Second-degree burns also are known as partial-thickness burns. In determining the severity of burns, the presence of second-degree burns indicates a loss of skin function. Blisters are the first sign of a second-degree burn. 2 ﻿ As the epidermis is destroyed, it begins to separate from the dermis. Fluid builds beneath it, causing blisters. Second-degree burns involve the outer layer of the skin and part of the inner layer of skin. They may be caused by very hot water, open flames, hot objects, sun, chemicals, or electricity. They are treated by applying cold at first. Creams or lotions and non-stick dressings are used.

So you are wondering whether you are dealing with a case of second degree sunburn, first degree or third degree after several hours of basking in the sun hoping to catch some vitamin D and/or tan. Then read on to learn how to differentiate the various degrees of sunburn and the treatment options available.

1st degree sunburn is one that only affects the outer layer of the skin (epidermis). Consequently, they are NOT accompanied by blistering which is a common indication of damage to the second layer of the skin.

It is the most common type of sunburn and is characterized by mild pain and red skin that feels warm and tender to the touch. The red skin is often sore and might hurt when touched.

1st degree sunburn respond well to easy home treatment using remedies such as aloe vera, moisturizing lotions and creams, cool soaks and showers, and anti-inflammatory medicines such as acetaminophen and ibuprofen. It is however not advisable to give aspirin to children below 16 years of age as this can cause a rare condition called Reye’s syndrome which is nevertheless fatal.

This picture illustrates a case of sunburn of 1st degree caliber. If they are exposed to further sun damage, they can progress into 2nd degree

This is a more serious burn and is typically a progression of 1st degree. They are notable for having blisters.

Blisters form as a result of damage to the second layer of the skin. When that happens, the two layers of skin start to separate, leading to formation of blisters. Injured cells in the lower layer of skin are the source of the fluids retained in the blisters.

It is often possible to stop the progression of 1st into 2nd degree sunburn by preventing further damage and acting appropriately such as getting cool soaks, applying aloe Vera etc.

In addition to other sunburn symptoms such as redness, swelling, pain, and tenderness, they will have blisters. Blisters are actually the main determinant factor here. More severe cases may also be accompanied by such symptoms as chills, fever, nausea, and general malaise.

According to the WebMD website, home treatment is enough to treat such sunburns. Here is how to go about treating this kind of a sunburn:

Get a cool soak

Caution : Never use ice or ice water on sunburns as this can worsen it.

Now pat the skin dry using a clean gauze or cloth and then apply an antibiotic cream such as Polysporin or Bacitracin on the affected area of skin. Although tempting, do not pop the blisters open, but should they burst on their own, get rid of the fragments with clean hands and then apply antibacterial cream in the open areas.

Caution : Petroleum jelly such as Vaseline and sprays are not recommended for use on sunburns as they can trap in heat and worsen the sunburn.

Apply a non-stick dressing (held in place using a tape or gauze). Change the dressing as frequent as is necessary to keep the burned area of skin clean, everyday at the very least. Follow the instructions provided on the packaging carefully and above all avoid wrapping the dressing too tight as this can put pressure on the sunburned skin.

The WebMD website also suggests keeping the leg or arm raised as much as you can during the first 2 days – if it is the area of the body affected – to minimize swelling. 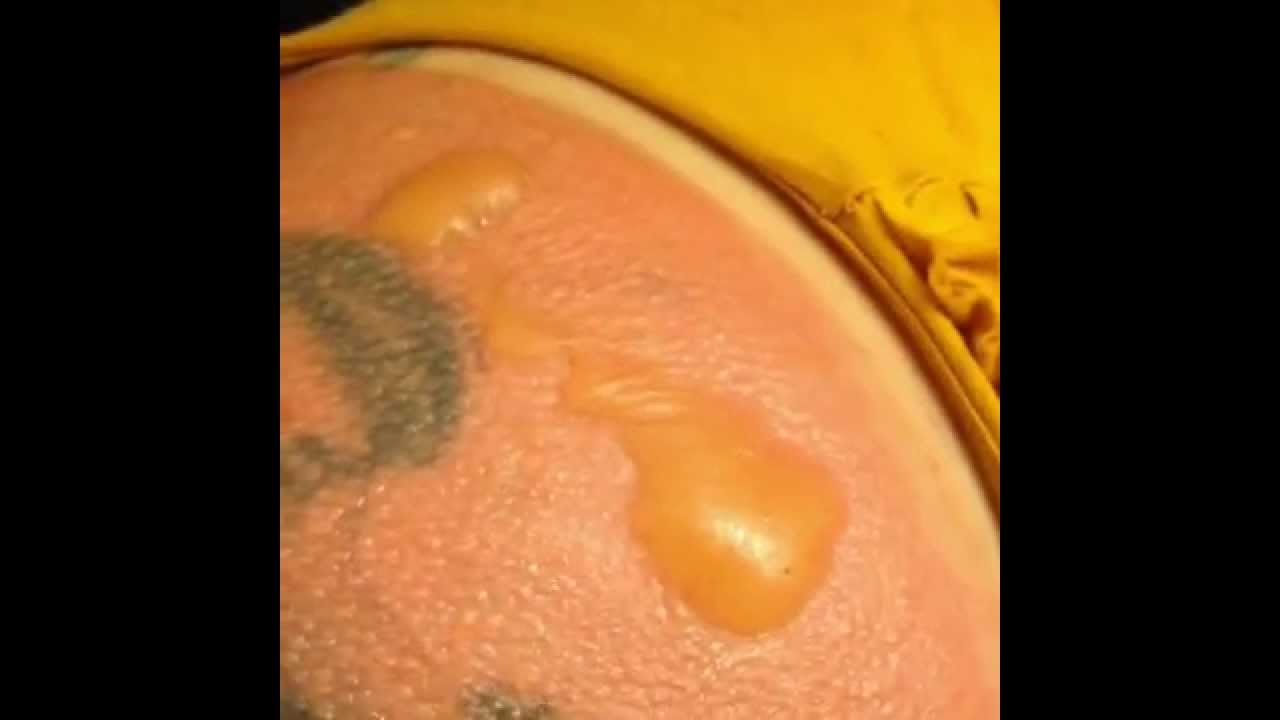 To give you an idea, the pictures below will be very helpful:

It is the most serious type of sunburn. It typically affects all layers of skin and can be life threatening of they extend over a large area of skin. It is the most severe, but it is sometimes least painful owing to the destruction of nerves that is normally associated with it.

In order to qualify as 3rd degree sunburn , the full skin thickness has to be destroyed as to reach the fatty tissue that lie underneath the skin. This is why 3rd degree burns are often associated with a white or charred look.

It can heal slowly and can only be ascertained by a medical professional. It is nevertheless a rare condition. 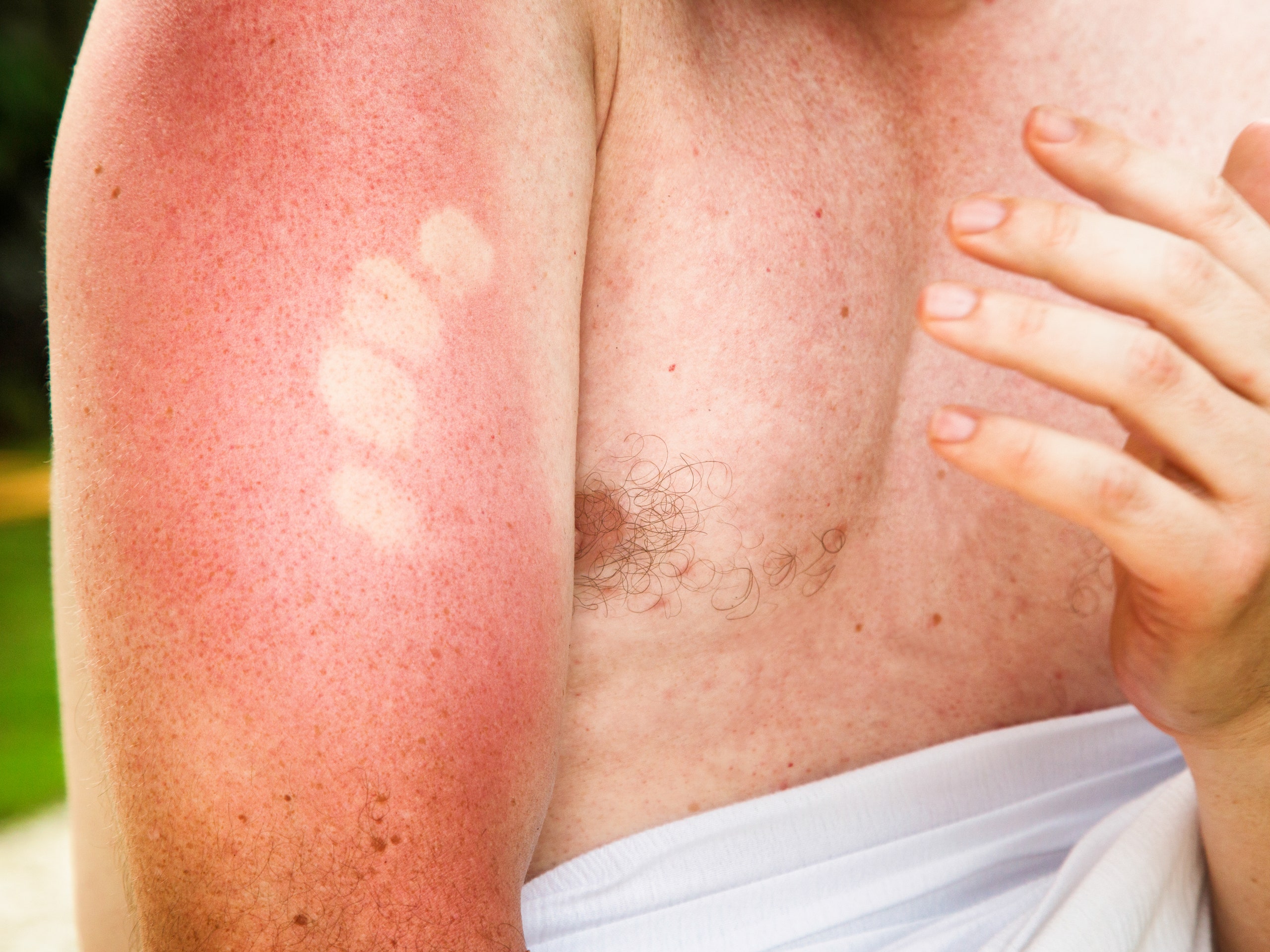 And here comes the section you have been waiting for. There was no way we were going to close this guide without including some pictures, but our effort to find a few of them proved futile. This came as no surprise given the fact that they are not as that a common phenomenon. How to add footer in word.

Nevertheless, if you happen to come across pictures of third degree sunburns , kindly share them with us.

Mother Nature’s Secret Way to Get Back in Shape..Read more here »